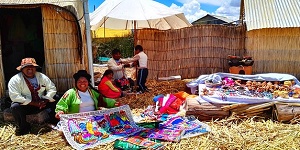 Peru reported over 15,000 cases of COVID-19 on 24 April, the second highest tally in Latin America, as the disease continues to destroy the economy of World No 2 copper producer.

The crisis has paralaysed Peru and left millions without jobs.

Peru recorded its first COVID-19 case on 6 March and took twenty-five to each one-thousand cases. It took just fourteen more days to reach 10,000 cases on 14 April. Peru has reported a total of 15,630 cases and four-hundred deaths, the health ministry said.

On 15 March, Peru announced it would close its borders and called on citizen to self-quarantine for fifteen days with seventy-one record COVID-19 cases. The nationwide quarantine has since been extended to 26 April.

Peru central bank cut the benchmark interest rate to a historic low 0.25%, the new move by the copper-rich nation to shore up its economy.

The central bank said the economy had been badly affected temporarily by simultaneous demand shock and supply.

Martin Vizacarra (President) announced today the state of emergency will be extended 2 more weeks, until Sunday 10 May, 2020. The number of people infected in the nation has risen to 20,915 with 572 deaths.

He also made mention that by 4 May, some industries and services will open up in a regulated manner, including restaurant delivery service. A unique committee will be formed to evaluate and propose a plan.

The Ministry of Health reported that 5 hospitals in Lima have been prepared to stop, detect and address possible cases of affected patients, promising the supply of supplies for infection control.