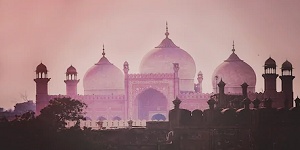 Pakistanis government has loosened limitations on a range of industries across the nation in a bid to fight the economic fallout of a continuing lockdown, in place to curb the spread of the COVID-19 in the country.

Imran Khan (Prime Minster) announced that the constructed industry will be foremost among more than a dozen sectors that would be permitted to reopen operations on Wednesday.

Pakistan imposed varying levels of limitations across the country late last month, with provincial government dictating regulations on which businesses were permitted to remain open.

Broadly, only pharmacies, grocery stores, banks and other essential services were permitted to operate before the prime ministers announcement.

Pakistan has at least 7,497 confirmed cases of COVID-19 and 158 deaths from the disease, according to Johns Hopkins University data.

Since the starting of the outbreak in the country in Late February, Prime Minister Khan has warned that country with already slowing economy could not withstand the shock that a complete lockdown would entail.

Earlier this week, the World Bank guessed the economic outbreak for South Asian countries was dire. The IMF estimates Pakistan economy will contract 1.5% from current year.

The orders to reopen mosques are in depend on the government advises that mosques limit all congregational prayer of a maximum of 5 people, all of whom must be members of the mosque administration.

Arif Alvi (Pakistan president) is due to meet with famous religious leader later this month to negotiate on which measures will be taken at mosques during the Muslim holy month of Ramadan, due to next month according to Islamic Calendar.